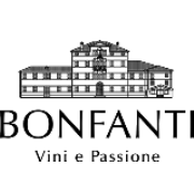 Bonfanti Vini is a small family-run Valpolicella wine company, the promoter of this reality is Sergio Bonfanti who as a building contractor poured his passion for wine into the purchase, at the beginning of the 2000s, of a small farm of about 5 hectares, well located at 350 meters above sea level, in Località Quinzano (Verona) in Valpolicella Doc. Although he did not come from a wine-growing family, the engineer invested confidently in a new business that with great passion for ten years has been making space in the national and international market. The tenacity and resourcefulness brought him closer to winemakers and agronomists of great culture in the wine sector, absorbing new concepts and methodologies.

​The vineyard stands on the hills of Valpolicella in the first defined marine period, the phase of which the various limestone deposits date back, of different colors and rich in fossil finds. A continuation of the emergence of the lands from the sea is evident in the lower layer from compact limestones and in the upper layer from the Prun stones precisely in this period the morphology of the soil evolves and the subsequent phenomenon of glaciations has contributed to the shaping and shaping of the hills . The action of the Adige river thanks to the numerous floods created superficial deposits and with the erosion of the streams the origin of the narrow inlets called “vaio”.

This splendid vineyard, overlooking the town of Quinzano, enjoys a privileged position facing south-south / west. The terraced vineyards are planted mainly in Corvina, Corvinone and Rondinella, the medium-sized vineyards distributed over narrow rows give life to refined wines obtained from the combination of calcareous soil and soil and climatic conditions typical of this terroir.

For Bonfanti Vini, working according to the principles of sustainability has for some years already become the focus of the company philosophy, so much so that it has been certified since 2017, after a three-year conversion, as a vineyard and organic winery.
The goal is to become a company that helps to preserve the environment whose respect has become a fundamental part of the work of Bonfanti wines.