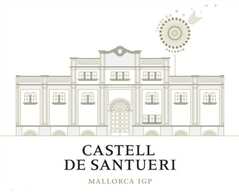 During the 19th century, a large number of small wineries were concentrated in the urban center of Felanitx and its surroundings, which formed the basis of the region's wine sector.
Unfortunately, with the arrival of phylloxera, all this activity came to an end, taking away all the vineyards and crops that had given rise to one of the best wine-growing regions in the Balearic Islands. It was not until the beginning of the 20th century that Ernest Mestre directed and inspired a project to launch the “Celler Cooperatiu” in Felanitx, fruit of the important collaboration of a large part of the population. This project lasted until the end of the eighties, when the lack of renovation projects, together with a bad management of the administration, ruined the wineries again.
The emblematic building is located on the outskirts of Felanitx, awaiting a new use, which does not arrive, and which reminds us daily of our historical past. Precisely from one of the vineyards owned by the old “Celler Cooperatiu” new projects emerged, such as the Terra de Falanis winery, which continues to bet on autochthonous varieties.