The Flacher family has been making wine in Charnas since 1806. 6th generation vigneron Gilles Flacher is now managing an estate of 8 Ha, mainly in Saint Joseph. Most of the vineyards are situated in and around the commune of Charnas, on the western bank of the Rhône.
The climate is continental, with cold, wet winters and hot summers. Gilles’ vineyards are mainly planted on granitic terraces. The granitic soils drain well and absorb the heat from the sun, reflecting it back onto the vines at night. This aids in growth and maturation during the cool shoulder months of late spring and early fall.
Due to the sharply sloping terrain of the vineyards, most of the work, including harvest, continues to be done by hand, as it was done traditionally. The farming is being converted to organic. Gilles’ wines are all single-vineyard, made with elegance and finesse and have garnered much critical praise.
Two vintages of Gilles’ ‘Les Reines’ St Joseph received 91 point ratings from Wine Enthusiast and his ‘Les Rouelles’ Condrieu received two 92 point ratings and was an ‘Editor’s Choice’ in Wine Enthusiast, in addition to being a Gold medal winner and triple trophy winner at the International Wine Challenge (Best Condrieu, Best Rhône and Best Viogner). 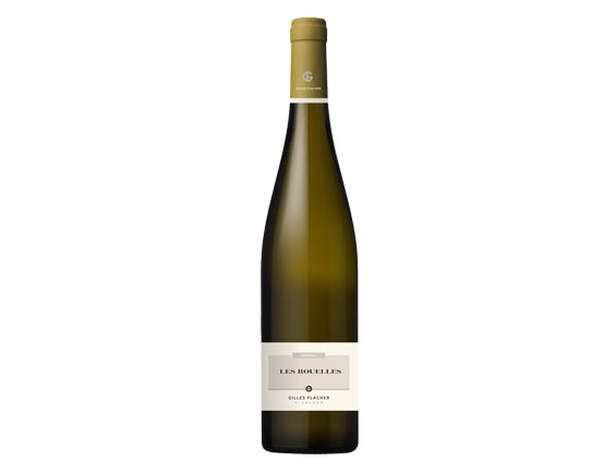