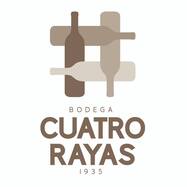 The reason for being of Bodega Cuatro Rayas is to produce Verdejo for the world. Its facilities in La Seca produce around 15 million bottles of wine per year that are distributed in more than 50 countries - including the United States, Russia, Mexico, China or Japan -; Since its birth in 1935, the winery has positioned itself as a benchmark in the production of white wines and, in addition, in recent years it has obtained numerous awards for its reds, rosés, frizzantes, generous and vermouth.

Since its origins, caring for the countryside and the well-being of those who inhabit rural areas have been one of the Cooperative's priorities, a commitment to the natural and social environment in which it operates, which is reinforced with the launch of 'green & social ', its own seal that covers the actions implemented in all phases of the production of its wines to improve the standard of living of its members and workers and the preservation of the environment.