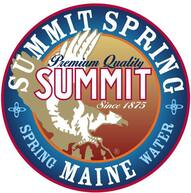 Summit Spring is one of the oldest and most revered natural spring sources in North America—and our RAW Water highlights the wealth of the spring in it’s purest form.
​

Captured from the same source as our Original Water, the RAW Water is 100% unfiltered and untouched by human hands. RAW Water requires no treatment or filtration whatsoever and exceeds every State and Federal guideline for drinking water straight from the ground. It is extensively tested for over 200+ contaminants. It complies with all 50 states and meets the most stringent requirements.

RAW Water is completely untouched and untreated, filled by gravity directly into the bottle directly from the source. It is a natural food and must be stored intentionally like fine wine, in a cool, dark place. All of our water is shipped fully boxed for this exact reason, to protect it from light. Most people that buy RAW Water understand the quality of this product and the unique way in which it must be stored.

How do natural springs work?
​The geological definition of a spring is a place where water appears at the Earth’s surface on its own. Springs are caused by rain and snow [A] seeping into the ground [B] and collecting in fractures and fissures in the bedrock, creating underground “holding tanks” called aquifers [C]. As the water passes through the fine particulate matter (sand, clay and other minerals) it is naturally filtered and purified. A spring occurs where a fissure in the bedrock breaks the surface at a point lower than the waterline of the highest point in the aquifer. The naturally higher water pressure forces the purified water up through the ground where it collects in pools or runs downhill.

One of the things that makes Summit Spring so unique is the fact that it’s located near the summit of the highest point in Cumberland County, Maine, nearly 350 ft higher than the surrounding terrain; a high altitude source if you will. It allowed us to build our bottling plant below the source and gravity feed the water, straight into the bottle. Summit Spring is a true geologic phenomenon, and it defies an easy answer. The most logical explanation is that the water source originates somewhere higher, likely in the White Mountains some forty miles away. The fact that Summit Spring Water travels so far, deep beneath some of the most pristine forest in North America may explain why our water is so uncommonly pure, just as it bubbles from the ground. It would also help explain why in all of recorded history Summit Spring has never decreased in flow, even in the worst drought conditions. The White Mountains always have snow every year at this latitude, and are not dependent on weather systems for water. The lifting action of the terrain, combined with consistent westerly air flow, creates its own weather and dumps copious amounts of rain and snow during all seasons.


A borehole is a drilled shaft [A] often three feet in diameter or more–through which water is pumped from underground aquifers. Several years ago, due to successful lobbying by large international bottled water conglomerates, the Food and Drug Administration broadened the legally accepted definition of “Spring Water” to include water that is pumped from boreholes, so long as the borehole is located “near” a place where water naturally flowed from the ground before the borehole was drilled. Prior to this definition change, boreholes were not allowed. (That was the definition of well water!) The negative impact of boreholes is caused by the immense suction created, which can draw sediment and contaminants from the surrounding ground [B] into the aquifer. In some cases the quality of entire aquifers has been irreversibly compromised. Boreholes bypass Mother Natures final and most important stage in the hydrologic cycle, allowing water to come up from depth unencumbered. This final stage, against gravity, where spring water normally percolates to the surface; is where the greatest filtration takes place and makes real spring water such an amazing product. Boreholes bypass this stage. Just about every bottled water company uses boreholes, because it increases flow and increases profits; but not us. We will never use boreholes. Never.