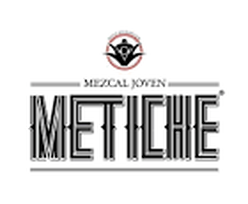 Mezcal Metiche is built on principles of sustainability in mezcal production. Produced only using Agave Salmiana in San Luis Potosí, where this type of agave’s usage is regulated by the Ministry of Environmental and Natural Resources, who issues extraction licenses for the communities and lands that use it in consideration for the care provided by the locals, the sustainability of the species, and the balance of the local ecosystem.

The Altiplano de San Luis Potosí is semi-arid with salty soil, extremely low yearly rainfall (under 400mm per year), high temperatures during the day and low temperatures during the night--conditions that only allow the growth of crasicaul vegetation, such as agave, grass, mesquite, huisache, and oregano, and other species with no timber. Agave Salmiana helps the local ecosystem recuperate by holding water and soil, which facilitates the growth of surrounding species such as grass and bushes, which are then also used as food by goats, increasing the income of rural settlers in this region (most of the goats consumed in Monterrey originate in San Luis Potosí).
​
​Mezcal Metiche is produced in San Luis Potosí at Ex Hacienda Laguna Seca del Siglo XVII, located in the municipality of Charcas, where mezcal has been produced since 1870 nearly continuously. Ex Hacienda gave shelter to Miguel Hidalgo, Benito Juarez, and other liberals and conservatives from the XIX Century, and during the revolution it also gave shelter to villistas and militants of the government, who sent mezcal in jars to their superiors to let them know everything in the area was under control.
TECH SHEET