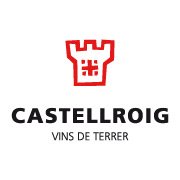 Unique to the Cava producing region of Penedès, Castellroig represents one of the few 100% family owned, estate run establishments. Father and son, Marcelino Sabaté and Marcel Sabaté I Coca, apply all their efforts and passion to maintain family tradition while incorporating technological advancements in the cellar. They represent four generations of organic grape growing with complete respect for the environment and varietals native to the land.

Marcel Sabaté conducted an in-depth scientific study of the different soils of the land which allowed them to identify 18 different soils on their estate. These 18 soils make up the different strata of the 66 plots that are micro vinified separately to contribute their particular essence and uniqueness to the products. Grapes are carefully selected for each bottling and hand harvested from each of these terroirs. More than ten years ago, Marcel created the ‘Vins de Terrer’ guarantee and seal approved by DO Cava to differentiate his soil selection and micro vinification processes in Penedès.

Sabaté I Coca are one of nine producers to have a vineyard site qualify for Cava de Paraje status, the Finca Terroja vineyard, when Spain’s ministry of agriculture announced in 2017 the first 12 sites to form part of this new classification. Similar to a grand cru concept, it was an important step forward to distinguish Spain’s highest quality traditional method. This status applies equally to two of their wines: the Brut Nature ‘Sabaté I Coca Reserva Familiar’ and Xarel-lo Sabaté I Coca Terroja.’

Finca Sabaté I Coca is one the founders of CORPINNAT, a traditional method sparkling wine association in Catalunya which was created to hold producers to a higher standard of production than DO Cava. CORPINNAT has the strictest sparkling wine regulations in the world: 100% organic, 100% sustainable, 100% hand-harvested vineyards, 100% vinified on winery’s premises, long aging over 18 months, and at least 90% indigenous grapes. The name Corpinnat was born of two concepts: cor (“heart”), referring to the heartland in Catalunya where Spain’s first sparkling wines began more than 130 years ago, and pinnat from the Latin word pinnae, documented in the 10th Century as penetense, and the root name for Penedès (Quench).

Castellroig, a brand of Sabaté I Coca, refers to the line of wines using multiple terroirs in the blend, whereas Sabaté I Coca are the single vineyard concept utilizing one to three terroir sites. Capable of achieving the greatest aromatics, body, and acidity, Xarel-lo represents the most favorable varietal in the sparkling wine blends.
​
Marcelino Sabaté and Marcel Sabaté I Coca are pioneers of their region. Their focus on terroir, organic farming, sustainability and commitment to honesty and authenticity allow them to produce wines with richness, variety, nuances, expression, purity and quality.