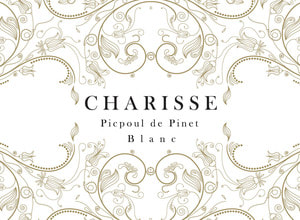 The Allies family has grown vines for several generations in Pomerols, along the northern edge of the Bassin de Thau.  This large inland sea, on the southern part of the Pinet appellation, has a microclimate significantly influenced by cooling sea breezes which accounts for the particular expression of freshness in these whites. The soils are composed of clay and limestone.
Charisse is fresh and zesty, with aromas of white flowers, fresh lemon and green apple.
​