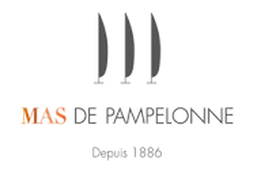 Not far from Château de Pampelonne, the Mas de Pampelonne estate borders Saint Tropez’s most famous beach on the plain of Ramatuelle. Founded in 1886 by Henri Florentin Gal, the property was expanded by his grandson Lucien Gal after WWII and now encompasses 35 acres of prime Riviera real estate. In 1964, Lucien joined the Gasquet-Pascaud family and other neighboring growers to create Les Maîtres Vignerons de Saint Tropez.

Lucien’s daughter Christine Coste-Gal assumed control of Mas de Pampelonne in the early 1980s and after three decades of exemplary stewardship, recently passed the baton to her daughter, Camille Coste. After graduation from the Institut Vatel in Nîmes with a degree in International Hotel Management, Camille held high-level positions at such prestigious properties as the Hôtel de Crillon and Le Meurice in Paris, and the Ritz-Carlton Hotel in Los Angeles. Ms. Coste returned to the Saint Tropez Peninsula in 2009 to manage the four-star Hôtel Pré de la Mer, and finally in 2013, she agreed to bring her estimable professional experience home to Mas de Pampelonne as Estate Director. Camille’s brother Vincent Coste, a well-known architect in Saint Tropez, also remains involved in the family business in a variety of roles.
​
While planted on the same soils as neighboring Château de Pampelonne, Mas de Pampelonne’s gneiss sands are deeper and the vineyard’s barrier of pyramidal cypress trees trap moisture from the Mediterranean. These two factors make this as a cooler terroir than the Pascaud’s property and are the reason Mas (Occitan word for a Provençal farmhouse) has slightly less concentration but brighter acidity and freshness than its famous Ramatuelle neighbor. The Coste-Gal vineyard does not include Syrah, however the estate does possess a precious percentage of the ancient Greek variety Tibouren, a grape prized for the aromatic intensity it lends to some of Provence’s best rosés.