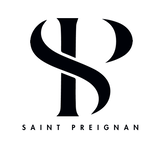 Possession of the bishops of Béziers in the 10th century, then given to the monks of Cassan in 1152, the castle of saint preignan remained the property of the monks until the French revolution. Since 2005, Pierre and Philippe PASTOR have taken over the destiny of the establishment.
The Castle of Staint Preignan is built on a place called the pond. History teaches us that the monks of Cassan besieged the said pond for the richness of its soil. Indeed its subsoil is composed of blue clay on more than 10m depth. Despite the hot and dry summers of the Languedoc, the viognier, chardonnay or cinsault, lay their roots on these clays which continue to nourish the vine, thus avoiding the water stress that is unfortunately too frequent on other plots...
IGP Pays d'oc was granted in 2009 to the region, before the wine was called vin de pays d'OC, and beneficiate now of the appelation IGP, pledge of quality
Today the 100 hectares of the estate are spread over the Languedoc, IGP Pays d'Oc appellation and cultivated with a single objective: "To share the pleasure with you."