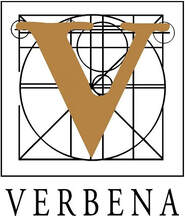 The Winery is divided into two parts: the vineyards surrounding the company have a north-east exposure and benefit from a cool climate that gives the grapes intense aromas.
The other half of the land owned by the Winery is in Castelnuovo dell'Abate with south-east exposure where there is a warmer climate and which means that the grapes have a high alcohol content. All the soils are in the middle of the hills and trained with spurred cordon.

The winery has recently been renovated and enlarged and is divided into two areas: one for winemaking and one for aging. All stages of winemaking are personally supervised by Luca Nannetti assisted by Dr. Paolo Caciorgna, a highly skilled and experienced winemaker.
The first phase of vinification, immediately after the harvest, is carried out in steel using automatic temperature-controlled fermenters, the must is then passed into barriques for the m alo- lactic fermentation and remains there for about a year, after which it passes into barrels of 40 hectoliters wood until bottling, which takes place about 10 months before release.